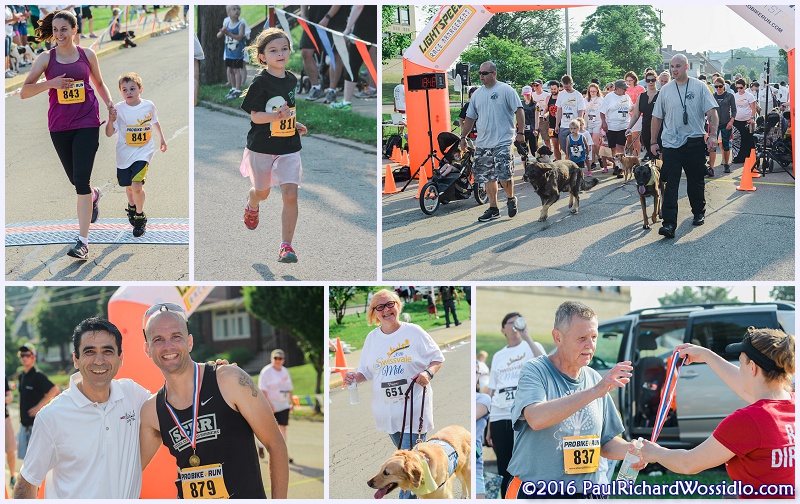 This year the weather was very cooperative, and we had a great turnout for both the run and the walk.  The first year there was only the one mile walk, and I took a little over 100 photos.  Last year there was both a race and a walk.  Unfortunately there was some serious rain and turnout was low.  I shot around 200 photos.  This year, with the good weather, and having a second photographer (my son), we ended up with almost 700 photos.

I did have one surprise that I wasn't expecting.  After we were done, I discovered that the clocks in the two cameras were off by almost 30 seconds.  As a result, the photos aren't exactly in chronological order.  I thought they had been in sync a month earlier, and once they are set they shouldn't be off by that much.  Moral of the story:  I've added a "Check cameras clock sync" item to my preparations checklists.

The full set of images are here.
Posted by Paul Wossidlo at 3:48 PM