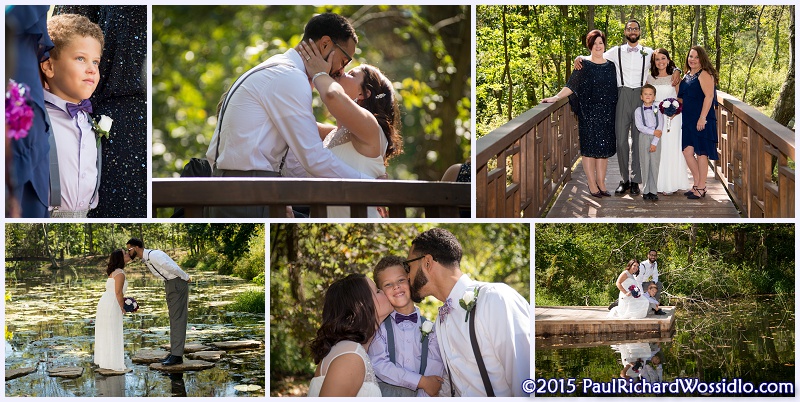 Over the 30-plus years that I have been photographing weddings, I've seen all sizes of weddings.  From a small group crammed into an car on the Duquesne Incline, to St. Paul's Cathedral, and everything in between.

A growing trend in weddings are  "Elopement Weddings".  Now, these aren't the "sneaking out the bedroom window in the middle of the night" elopements I used to think of.  These days, "Elopement Weddings" refer to much smaller weddings, usually held in beautiful locations.  Elopement weddings are less costly and less stressful than a standard big-budget wedding, but at the same time they are often more meaningful to the couple.  Social media also plays a role in this, because you get some great photos taken and you can share them with all your friends who weren't there.

Georgia and Ryan contacted me to shoot their elopement ceremony.  There were only going to be 5 people in attendance:  the couple, their five-year-old son, their mothers, and the officiant, Reverend Dina McGee.  I don't offer a separate "Elopement Package" (since I don't have packages), so I gave them a custom quote that met their needs.  The location that Georgia and Ryan chose is the Pittsburgh Botanic Garden, in Oakdale, Pennsylvania. It only opened this year, and it is AMAZING.  I arrived early to scout out the best angles and settings.  The Lotus Pond includes a footbridge, a wooden dock, and a set of stepping stones across one end of the pond.  The photographic possibilities are endless.

Shooting an elopement ceremony is different than a regular wedding.  Other than the 20 minute ceremony, the rest of our time was spent taking photos, and I had complete freedom.  In some ways, it is much more like photographing an engagement session than a wedding.  The couple (and their incredibly cute son) were a joy to work with, and we got some great shots.
Posted by Paul Wossidlo at 3:31 PM